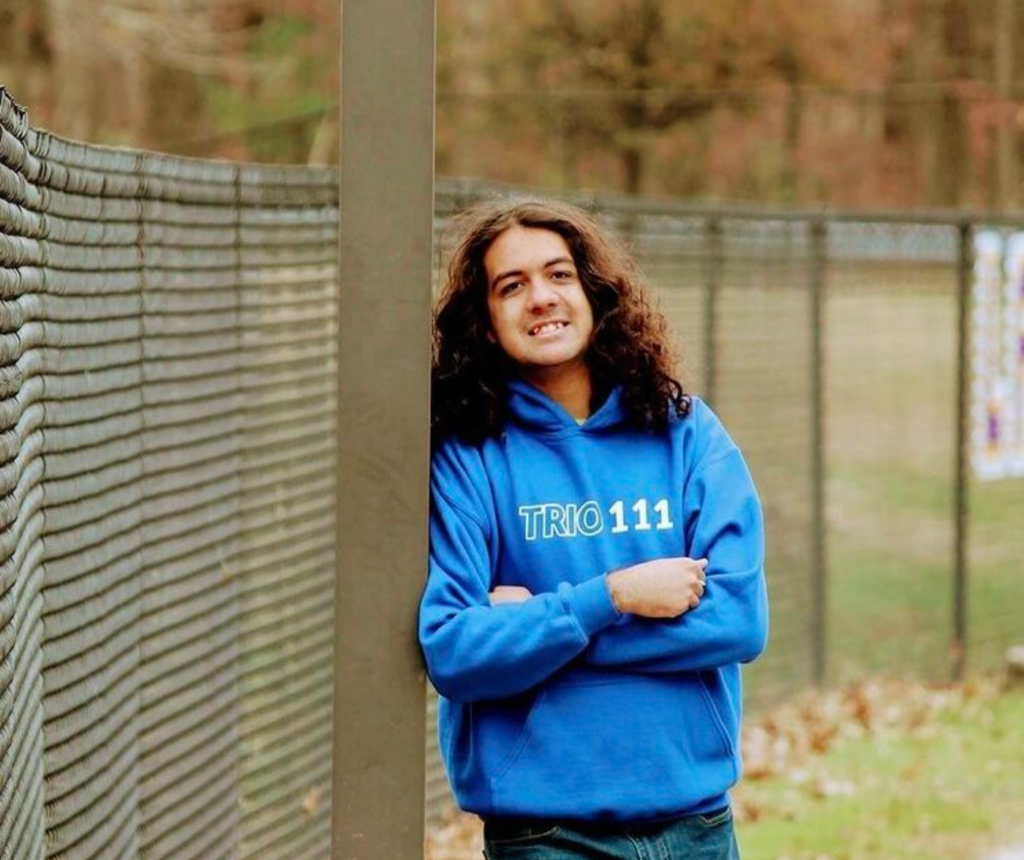 Jake was recently interviewed by WJLA, the local ABC affiliate for the greater Washington DC area.

‘I want to be a rock star’: Fairfax County teen doesn’t let diagnosis dictate his future.

Burke, Va. (WJLA) — A Fairfax County teen has dreams of becoming a rock star and he said he won’t let a pandemic or his disability stop him.

You can see it in the way he plays guitar and hear it in the songs he sings, but there is something you can’t see.

“The doctor at Children’s who diagnosed him told me that he was so low functioning that I should start looking at institutions for him and that’s my two year old son and she’s telling me he doesn’t have a future,” Heizer said.

She said to get that news was heartbreaking, but Jake didn’t let that diagnosis dictate his future.

He is also a Senior at Lake Braddock high and part of a band called “Trio 111.”

His mother said when Jake is on stage his limitations melt away and the rock star shines.

Jake dreams of becoming a rock star and looks up to musicians like John Mayer.

He hopes to one day attend Berklee College of Music in Boston.

Jake is part of Trio 111 with Shane Woldow and Kevin Bull Jr.

“I have nothing but respect for Jake. He goes through so much and yet he always has a smile on his face every time he plays,” Woldow said.

During the pandemic the rock shows have stopped, but Jake is still performing for family and friends with a mask on.

“Music has been his ticket into friendships and into the world so it has saved his life,” Heizer said.

In his spare time he’s finding ways of connecting with loved ones while social distancing by writing hundreds of handwritten letters and sending them to family, friends and band mates.

“He really does see the good in everyone and everything,” Bull Jr. said.

Being away from in person school and performances has been hard for Jake, but he hopes the pandemic will end soon.

“I miss seeing them in person. I miss my friends a lot,” he said.

It is available on all streaming platforms.

In this interview with Rachel Nania of WTOP, Rachna Heizer discusses how the family first learned of Jake’s musical talent and just how far he’s come.

“Rachna Heizer will never forget the time she was in the kitchen and heard the sound of nursery rhymes coming from the hallway. She assumed her 3-year-old was playing with a push-button toy, but when she turned the corner, she saw her then-nonverbal son figuring out familiar tunes on a miniature plastic piano.

“He’d heard [the nursery rhymes] enough that he had memorized them and taught himself to play them,” said Heizer, a resident of Fairfax County, Virginia.

‘And you couldn’t keep him away.'” 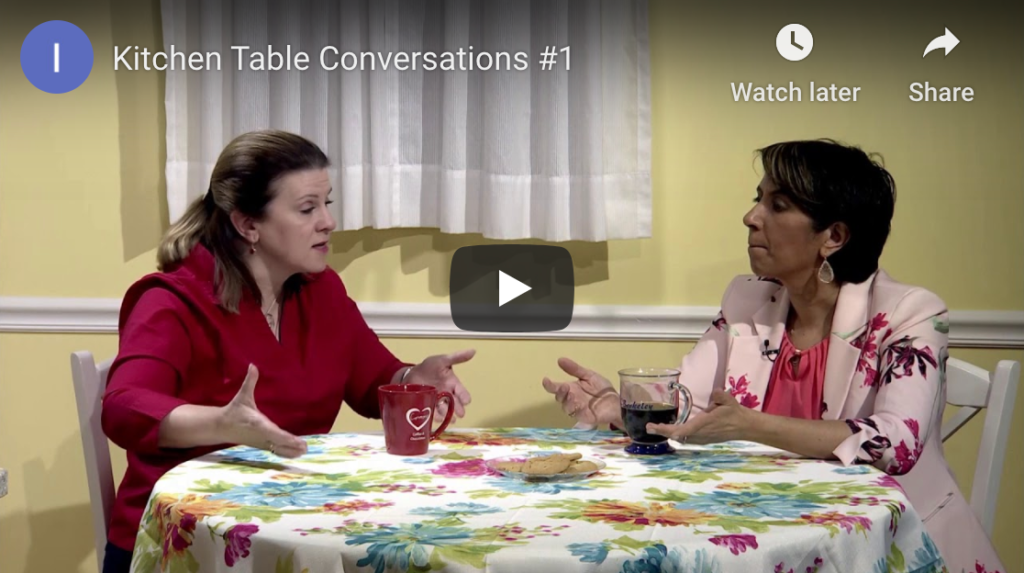 In this interview with Catherine Read, Jake’s mother Rachna Heizer speaks about her son, Jake Sizemore, who is a local musician with special needs. Rachna speaks with Catherine about her journey as a parent navigating the system with a child with an autism diagnosis, and how she learned to focus on Jake’s abilities, instead of his disabilities, in order to discover his gifts. 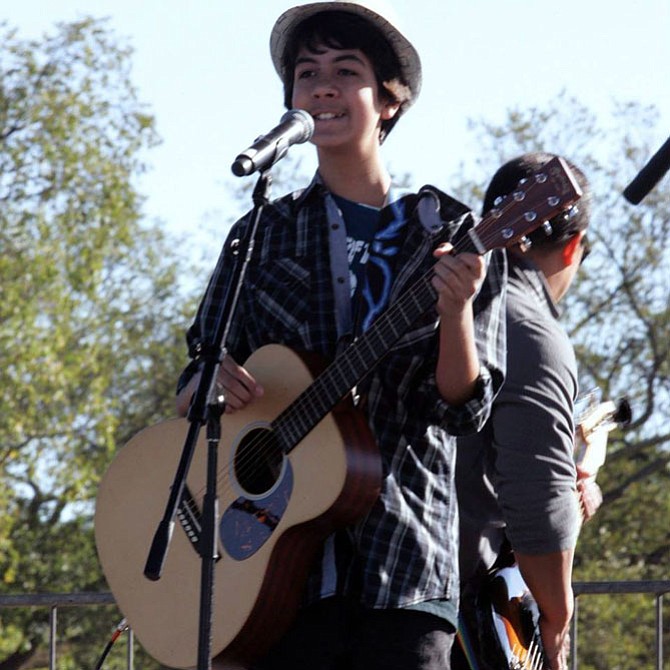 This article by Marissa Beale of The Connection, features a young Jake Sizemore being honored with the “Yes I Can” Award.

Burke resident Jake Sizemore was diagnosed with low-functioning autism at the age of 2-and-a-half. Now, 11 years later at age 13, he plays in a band at a music school called “School of Rock” with other students who are his age. And while he still has trouble communicating, he is able to excite audiences with his music, from the stage. And this year he became one of 21 young people across the country honored in the “Yes I Can” Awards ceremony at the Council for Exceptional Children (CEC) 2015 Convention & Expo.

“I like crowds. Enjoy the applause the most,” said Sizemore. To those who are nervous about performing, he just says “Take a deep breath and rock out!” 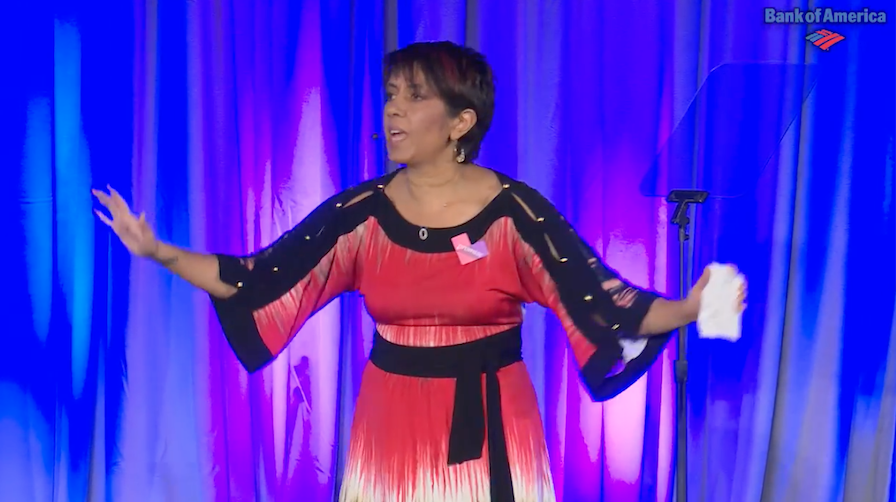 In this video, Rachna Sizemore Heizer (Jake’s mother) passionately tells the story of Musicminded Jake at the NEA Foundation Symposium on the Promise of Public Education.

For additional details on this event:

“Rachna Sizemore Heizer, a public school parent from Fairfax County, Va., shared the story of her son, Jake, a teenager with autism. Jake is a musical prodigy whose unique needs have helped, rather than hinder, his education, and Heizer explained her hard won fight to get the district to focus on his abilities rather than his disabilities. The audience got a first-hand look at his abilities when he came onstage to perform.“